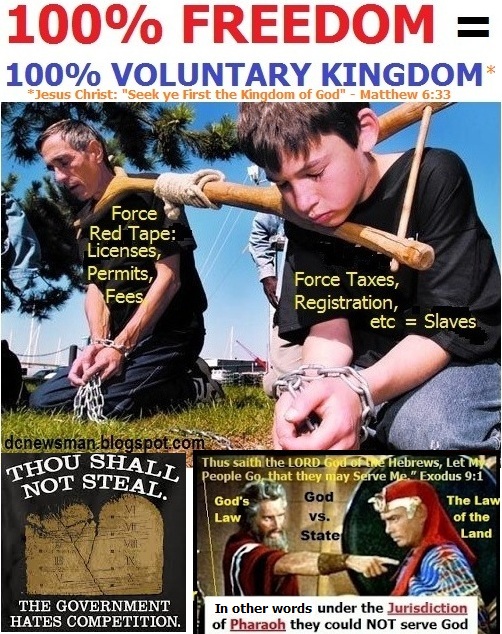 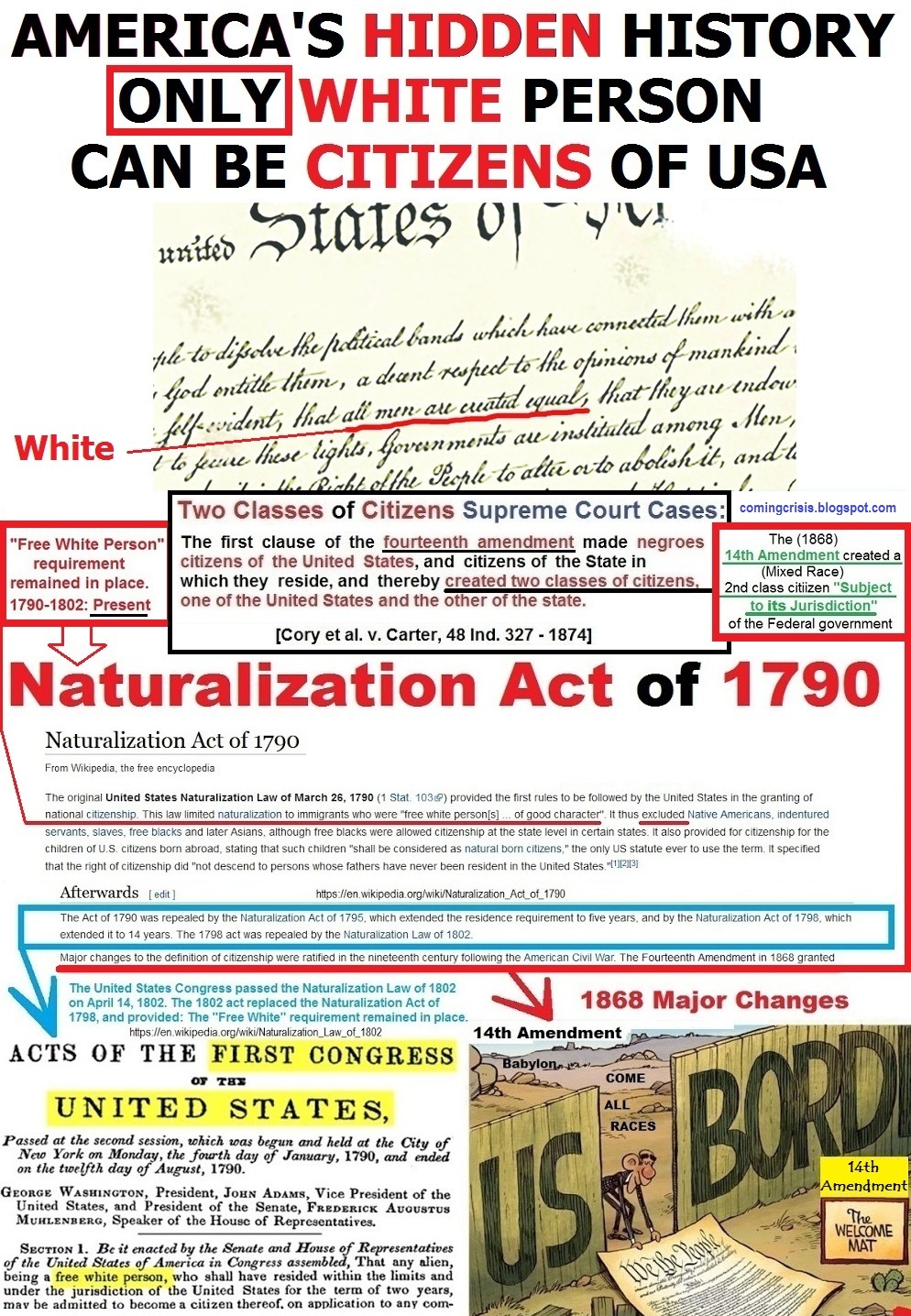 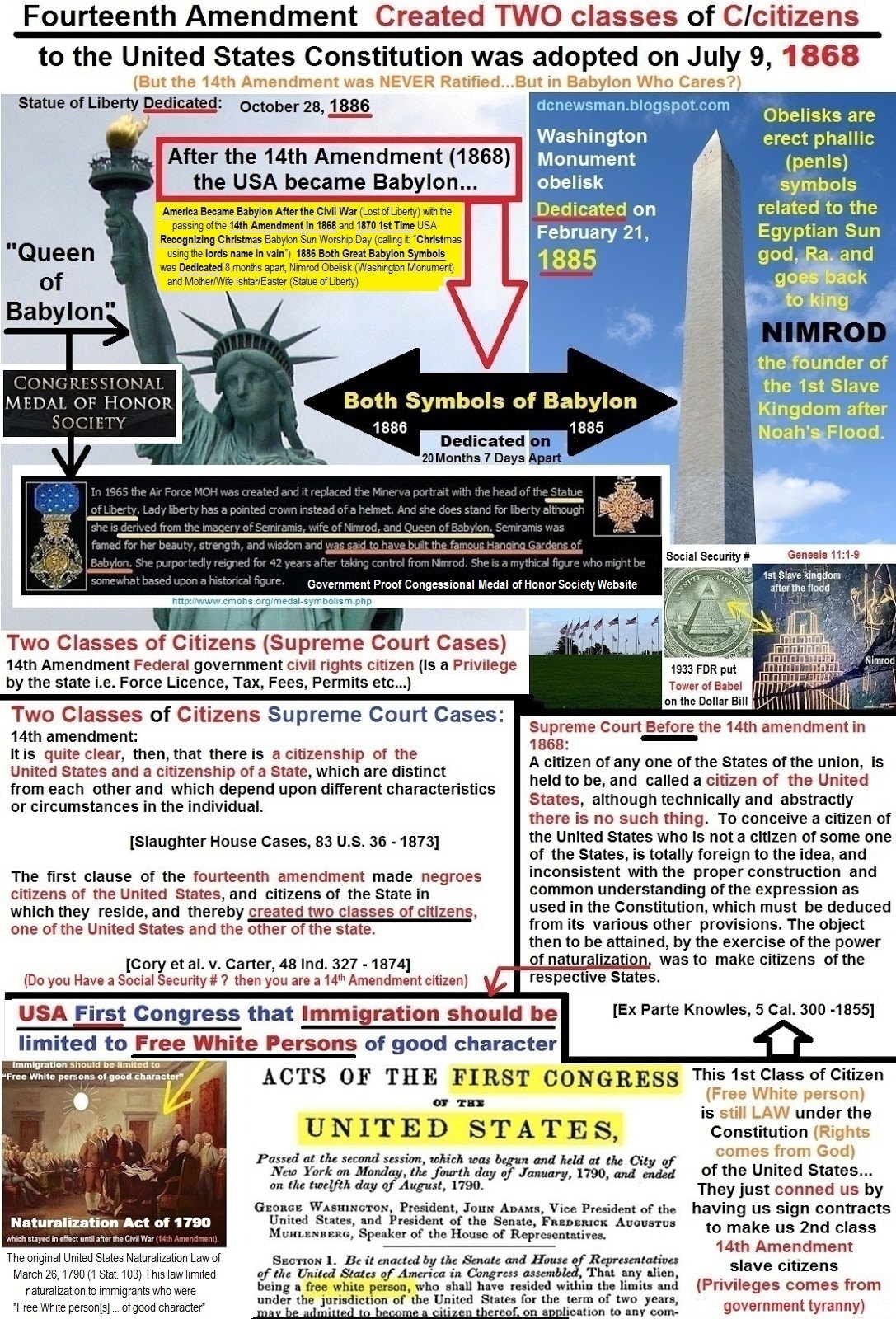 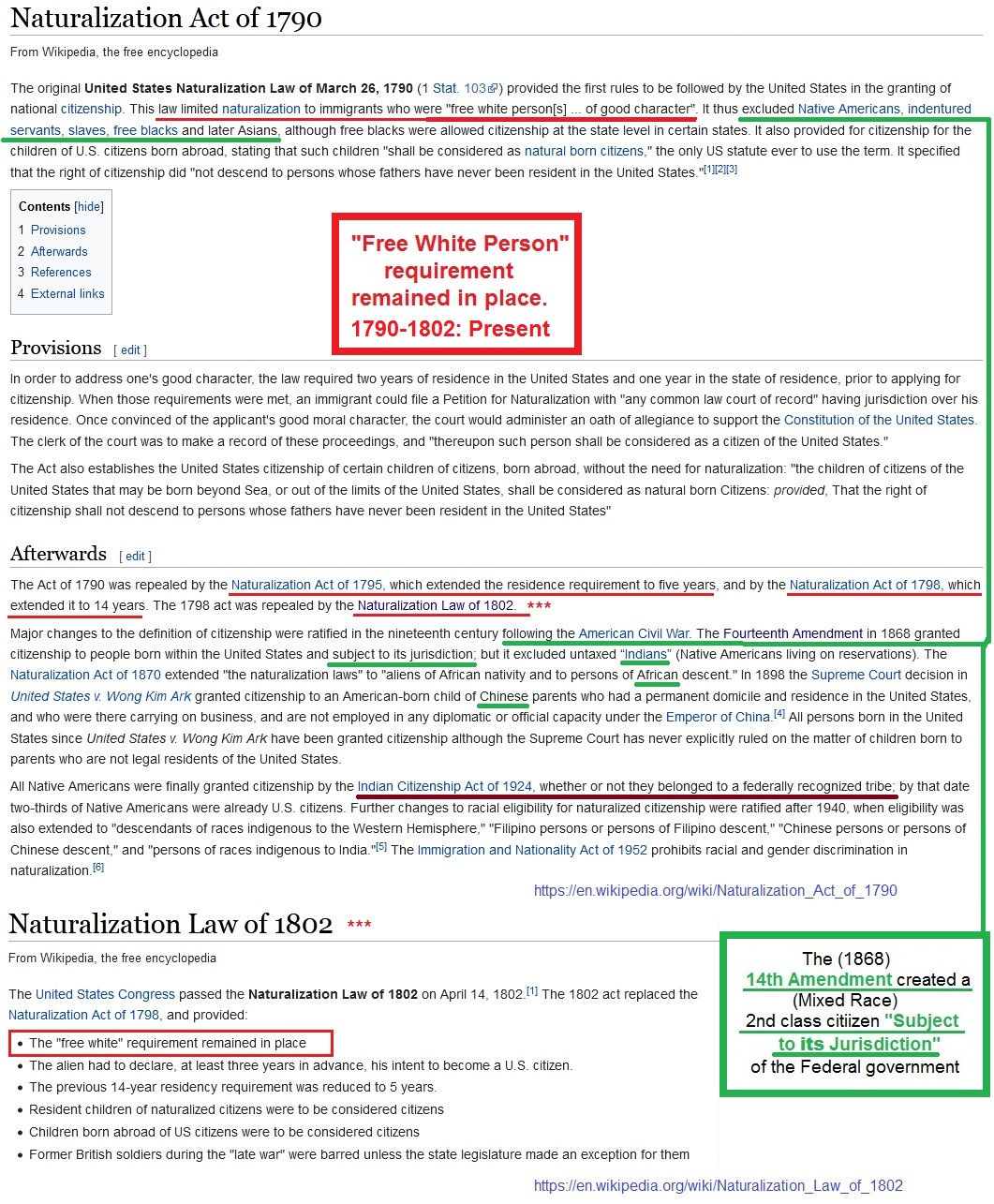 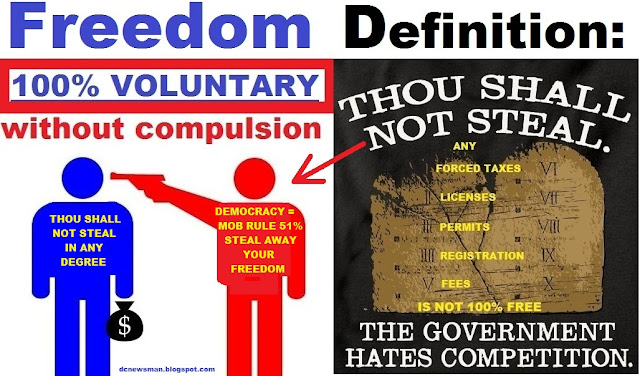 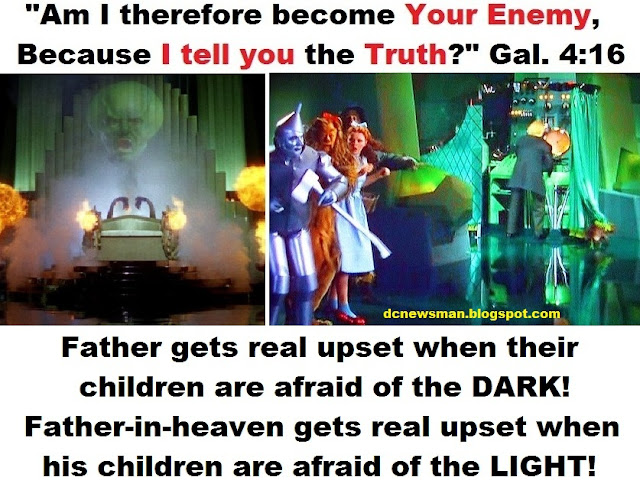 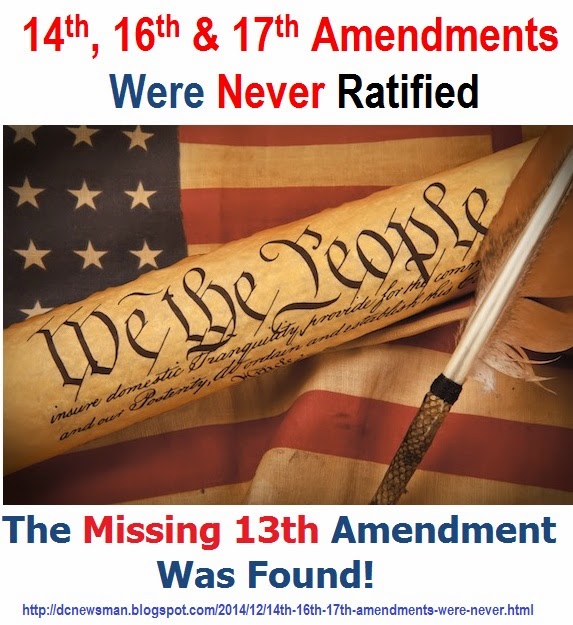 There is No "Fourteenth Amendment"!
by
David Lawrence
U.S. News & World Report
September 27, 1957

A MISTAKEN BELIEF — that there is a valid article in the Constitution known as the "Fourteenth Amendment" — is responsible for the Supreme Court decision of 1954 and the ensuing controversy over desegregation in the public schools of America. No such amendment was ever legally ratified by three fourths of the States of the Union as required by the Constitution itself. The so-called "Fourteenth Amendment" was dubiously proclaimed by the Secretary of State on July 20, 1868. The President shared that doubt. There were 37 States in the Union at the time, so ratification by at least 28 was necessary to make the amendment an integral part of the Constitution. Actually, only 21 States legally ratified it. So it failed of ratification.

The undisputed record, attested by official journals and the unanimous writings of historians, establishes these events as occurring in 1867 and 1868:
What do the historians say about all this? The Encyclopedia Americana states:
"Reconstruction added humiliation to suffering.... Eight years of crime, fraud, and corruption followed and it was State legislatures composed of Negroes, carpetbaggers and scalawags who obeyed the orders of the generals and ratified the amendment."
W. E. Woodward, in his famous work, "A New American History?" published in 1936, says:
"To get a clear idea of the succession of events let us review [President Andrew] Johnson's actions in respect to the ex-Confederate States.
"In May, 1865, he issued a Proclamation of Amnesty to former rebels. Then he established provisional governments in all the Southern States. They were instructed to call Constitutional Conventions. They did. New State governments were elected. White men only had the suffrage the Fifteenth Amendment establishing equal voting rights had not yet been passed]. Senators and Representatives were chosen, but when they appeared at the opening of Congress they were refused admission. The State governments, however, continued to function during 1866.
"Now we are in 1867. In the early days of that year [Thaddeus] Stevens brought in, as chairman of the House Reconstruction Committee, a bill that proposed to sweep all the Southern State governments into the wastebasket. The South was to be put under military rule.
"The bill passed. It was vetoed by Johnson and passed again over his veto. In the Senate it was amended in such fashion that any State could escape from military rule and be restored to its full rights by ratifying the Fourteenth Amendment and admitting black as well as white men to the polls."
In challenging its constitutionality, President Andrew Johnson said in his veto message:
"I submit to Congress whether this measure is not in its whole character, scope and object without precedent and without authority, in palpable conflict with the plainest provisions of the Constitution, and utterly destructive of those great principles of liberty and humanity for which our ancestors on both sides of the Atlantic have shed so much blood and expended so much treasure."
Many historians have applauded Johnson's words. Samuel Eliot Morison and Henry Steele Commager, known today as "liberals," wrote in their book, "The Growth of the American Republic":
"Johnson returned the bill with a scorching message arguing the unconstitutionality of the whole thing, and most impartial students have agreed with his reasoning."
James Truslow Adams, another noted historian, writes in his "History of the United States":
"The Supreme Court had decided three months earlier, in the Milligan case, ... that military courts were unconstitutional except under such war conditions as might make the operation of civil courts impossible, but the President pointed out in vain that practically the whole of the new legislation was unconstitutional. ... There was even talk in Congress of impeaching the Supreme Court for its decisions! The legislature had run amok and was threatening both the Executive and the Judiciary."
Actually, President Johnson was impeached, but the move failed by one vote in the Senate.
The Supreme Court, in case after case, refused to pass on the illegal activities involved in "ratification." It said simply that they were acts of the "political departments of the Government." This, of course, was a convenient device of avoidance. The Court has adhered to that position ever since Reconstruction Days.
Andrew C. McLaughlin, whose "Constitutional History of the United States" is a standard work, writes:
"Can a State which is not a State and not recognized as such by Congress, perform the supreme duty of ratifying an amendment to the fundamental law? Or does a State — by congressional thinking — cease to be a State for some purposes but not for others?"
This is the tragic history of the so-called "Fourteenth Amendment" — a record that is a disgrace to free government and a "government of law."
Isn't the use of military force to override local government what we deplored in Hungary?
It is never too late to correct injustice. The people of America should have an opportunity to pass on an amendment to the Constitution that sets forth the right of the Federal Government to control education and regulate attendance at public schools either with federal power alone or concurrently with the States.
That's the honest way, the just way to deal with the problem of segregation or integration in the schools. Until such an amendment is adopted, the "Fourteenth Amendment" should be considered as null and void.
There is only one supreme tribunal — it is the people themselves. Their sovereign will is expressed through the procedures set forth in the Constitution itself.
[END]
[OCR'd text from U.S. News & World Report, September 27, 1957, page 140 et seq.]

16th Amendment
was Never Ratified
The Law That Never Was: The Fraud of the 16th Amendment and Personal Income Tax is a 1985 book by William J. Benson and Martin J. "Red" Beckman which claims that the Sixteenth Amendment to the United States Constitution, commonly known as the income tax amendment, was never properly ratified.
http://en.wikipedia.org/wiki/The_Law_that_Never_Was
https://www.thelawthatneverwas.com/defects.aspx

'THE LAW THAT NEVER WAS'
Geoff Metcalf's interview answers question, 'Is 16th Amendment legal?'
...There is not one state — not one — that has ratified the 16th Amendment to the United States Constitution.
http://www.wnd.com/2000/02/4017/#CagE22EdBDSuWdSg.99

17TH AMENDMENT:
36 STATES DID NOT RATIFY
The 17th Amendment was never properly ratified. I have seen the proof with my own eyes at the National Archives and from the documents obtained by Bill Benson from all 48 state legislatures in his work, “Proof the 17th Amendment Was Not Ratified.” I also collected court certified documents on this from the bowels of the California State Archives. They are incontrovertible and prove without question that Secretary of State William Jennings Bryan, on May 31, 1913, knowingly and willfully issued a memo declaring the 17th Amendment ratified even though he knew the required number of states did not ratify it.
http://www.wnd.com/2005/02/28776/#h8dTq3UE7AgbsTE6.99
http://www.newswithviews.com/Devvy/kidd522.htm

How the 16th and 17th Amendments Ushered
the Era of Big Government
Most people know that the 16th Amendment grants Congress the power to collect taxes on income…the 17th Amendment to the constitution, which fundamentally changed not only how senators were elected
http://www.conservativeactionalerts.com/2013/04/how-the-16th-and-17th-amendments-ushered-the-era-of-big-government/

Missing 13th Amendment
Oregon Observer - April 1997
In 1983 David Dodge and Tom Dunn were searching for evidence of government corruption in public records in a Belfast Library on the coast of Maine. They uncovered probably the most explosive evidence ever uncovered in our history. They uncovered the United States Constitution printed in 1825, which was to prohibit lawyers from serving in Government.
Extensive research since then has uncovered the following:
1.) The unlawful removal of a ratified 13th Amendment from the US Constitution.
2.) The Amendment had been printed in at least 18 separate publications by 11 different states and territories from 1819 to 1868.
3.) The Amendment was secretly removed from documents by a group of lawyers and bankers. In its place was entered the slave Amendment, which was the 14th amendment, which was changed to the 13th Amendment. All of this occurred during the turmoil of the civil war.
4.) Since the Amendment was not lawfully repealed, it is still the law of the land.
5.) Colorado printed the correct 13th Amendment in 1668. [This probably should read 1868.]
The following is why the Amendment was written and what the meaning is: (Keep in mind we had just fought the Revolutionary War.) The "title of nobility" and words such as "nobility," "honour," "emperor," "king," "esquire" and "prince" normally would lead you, today, to dismiss this Amendment.
http://www.uhuh.com/constitution/am13-pen.htm

The Move to 'Restore' the 13th Amendment
NEWSWEEK - 7/26/10
…Even so, it’s a little startling to come upon section 7.19, which calls for “the reintroduction and ratification of the original 13th Amendment, not the 13th amendment in today’s Constitution.” Since the existing 13th Amendment bans slavery, while the “original” one was about something else entirely…
The clause reads:
“No Title of Nobility shall be granted by the United States: And no Person holding any Office of Profit or Trust under them, shall, without the Consent of the Congress, accept of any present, Emolument, Office, or Title, of any kind whatever, from any King, Prince, or foreign State.”
Reed’s proposed amendment extended the ban from office-holders to “any citizen of the United States” and made the penalty loss of citizenship:
“If any citizen of the United States shall accept, claim, receive or retain any title of nobility or honour, or shall, without the consent of Congress accept and retain any present, pension, office or emolument of any kind whatever, from any emperor, king, prince or foreign power, such person shall cease to be a citizen of the United States and shall be incapable of holding any office of trust or profit under them, or either of them.”
http://www.newsweek.com/move-restore-13th-amendment-74391

N.H. Republican Lawmakers Allege
Missing Constitutional Amendment
Was Purposely Deleted in 1871
Mon Mar. 4, 2013
For 142 years, the federal government has kept a secret: A little-known constitutional amendment, designed to prevent people with "titles of nobility" from holding public office, was ratified in 1819 before being deleted from the document as part of a conspiracy by power-hungry lawyers and bankers. But the original 13th Amendment is technically still on the books; we just don't know it.
http://www.motherjones.com/mojo/2013/03/new-hampshire-lawmakers-allege-secret-hidden-thirteenth-amendment 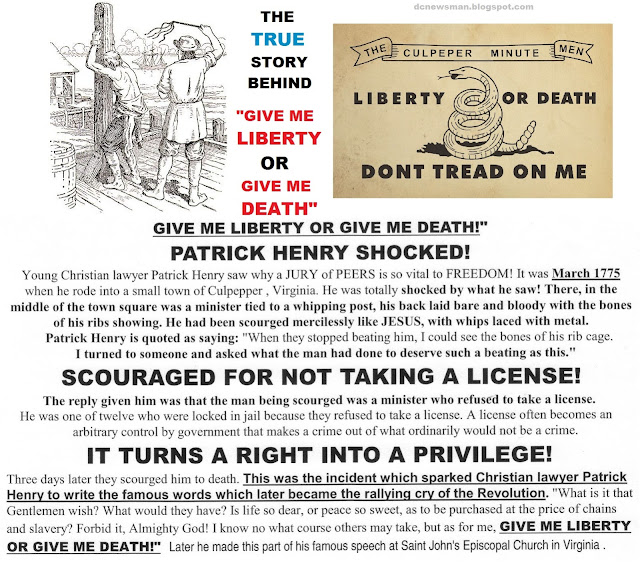 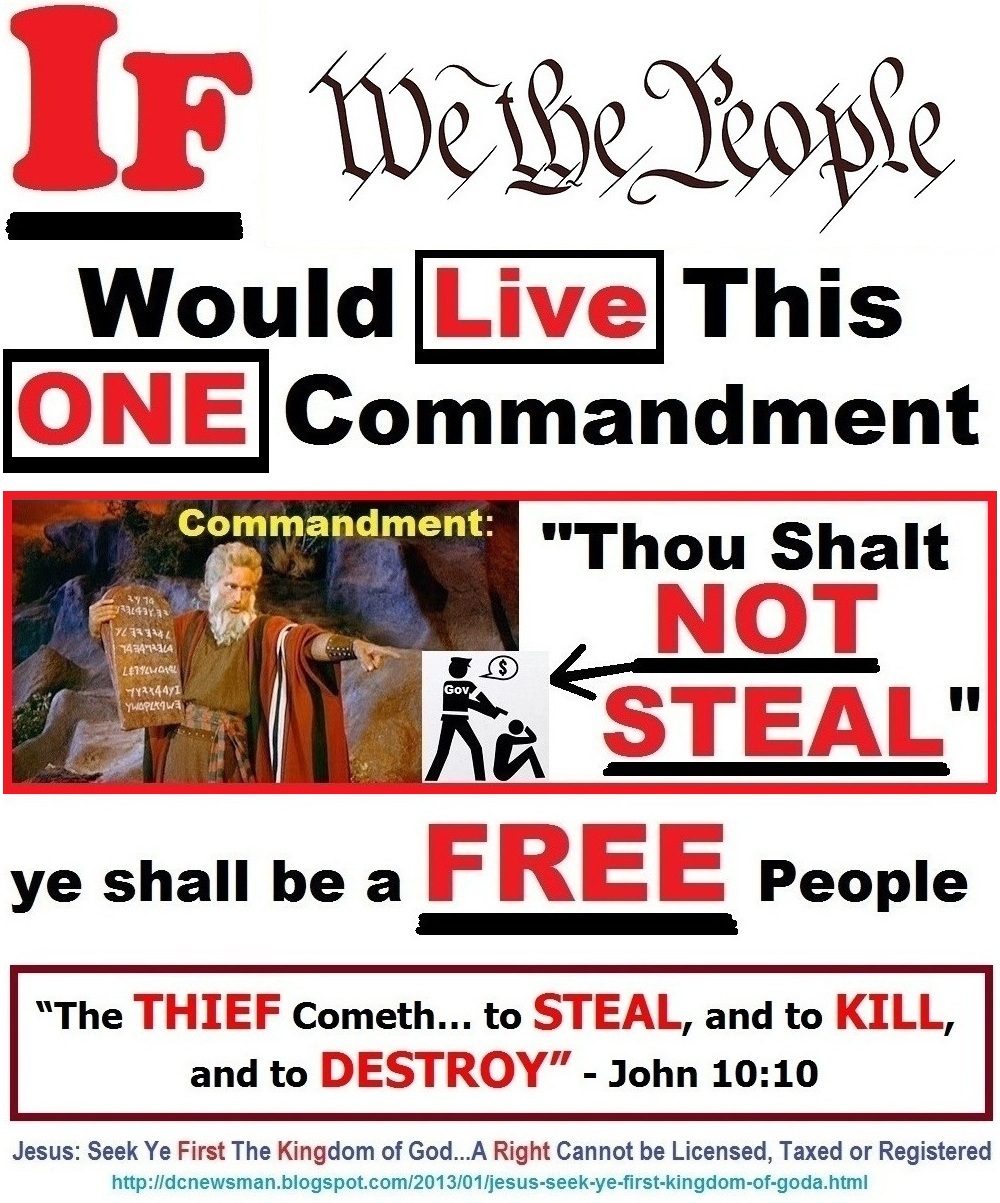 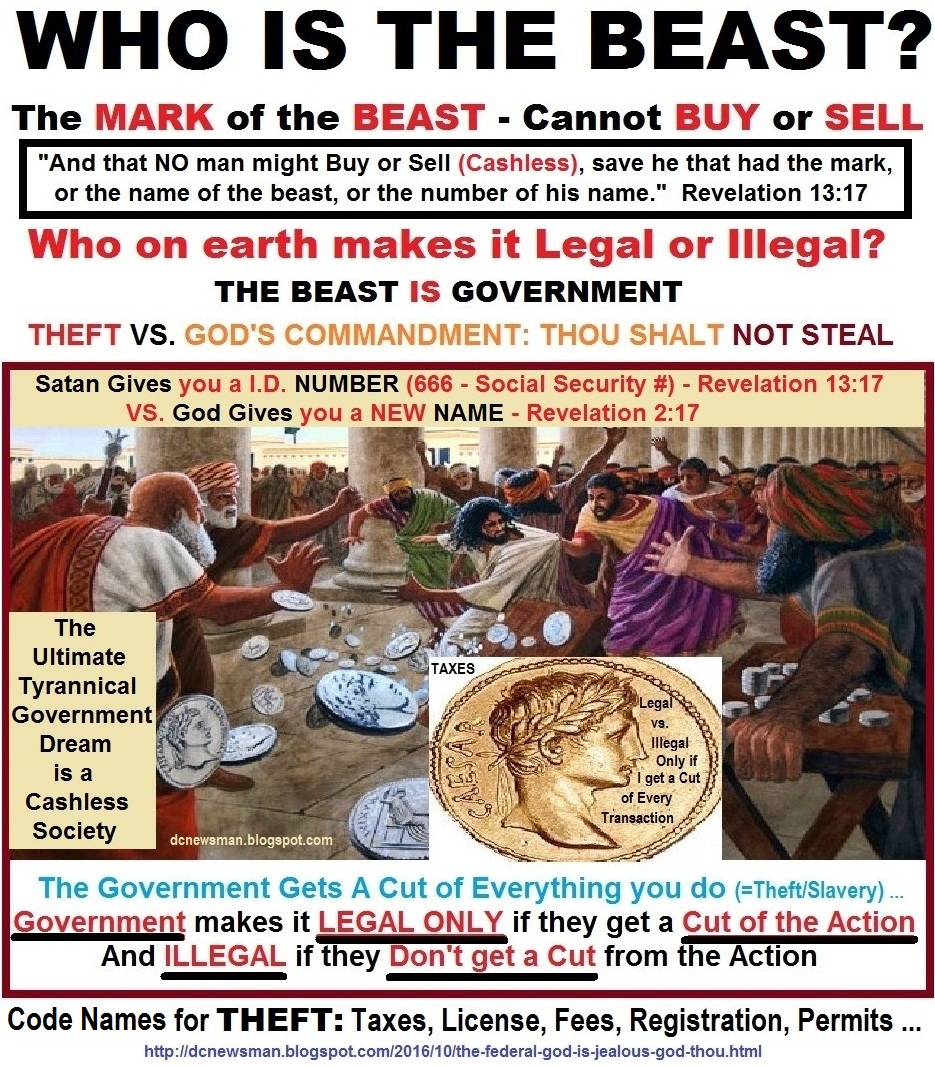 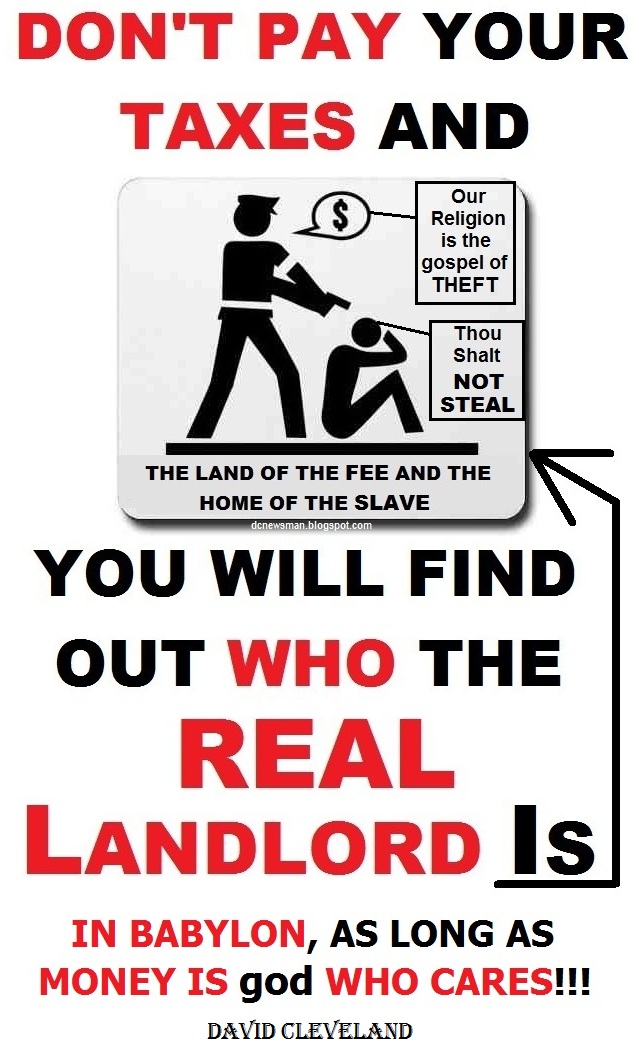 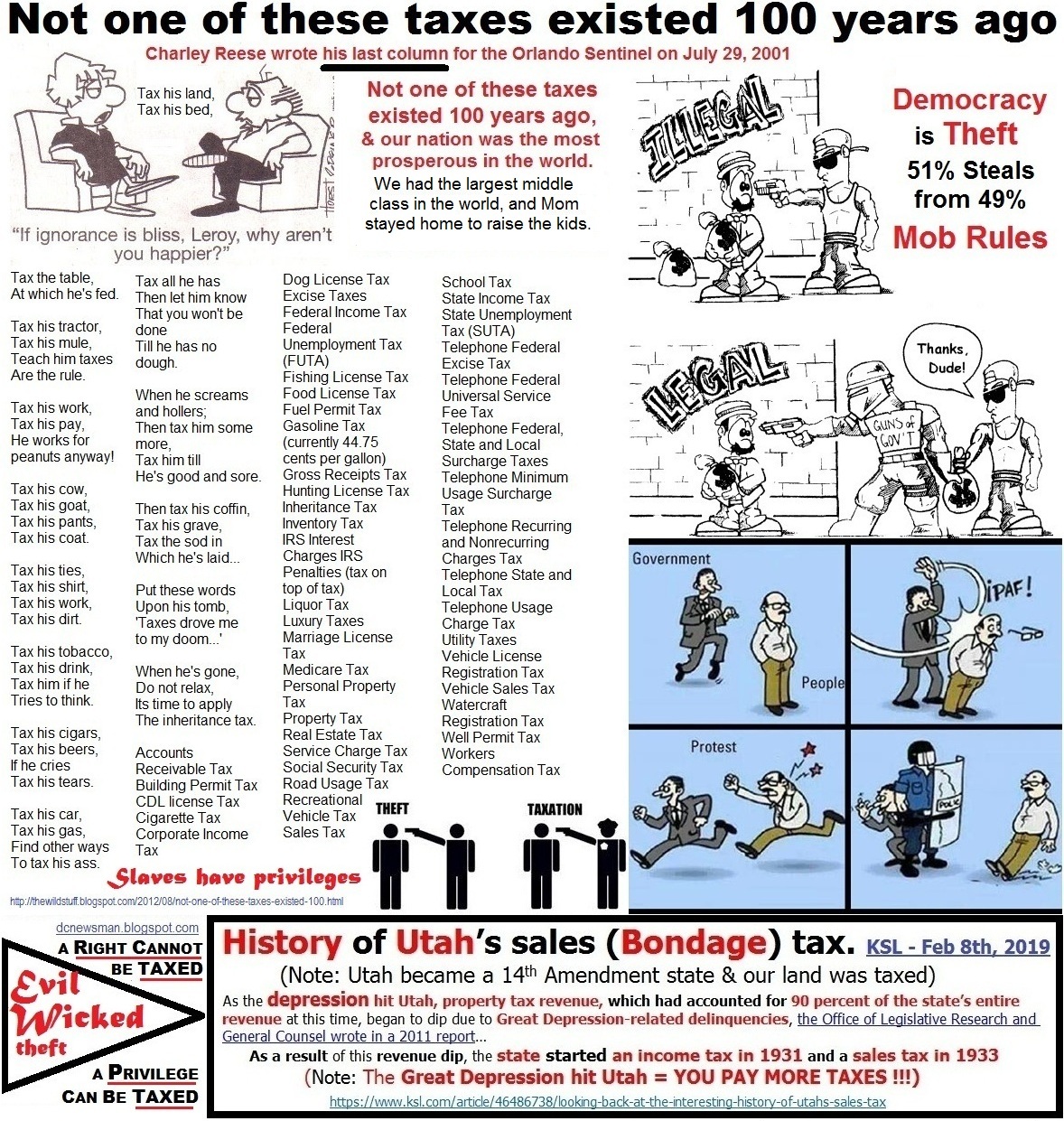 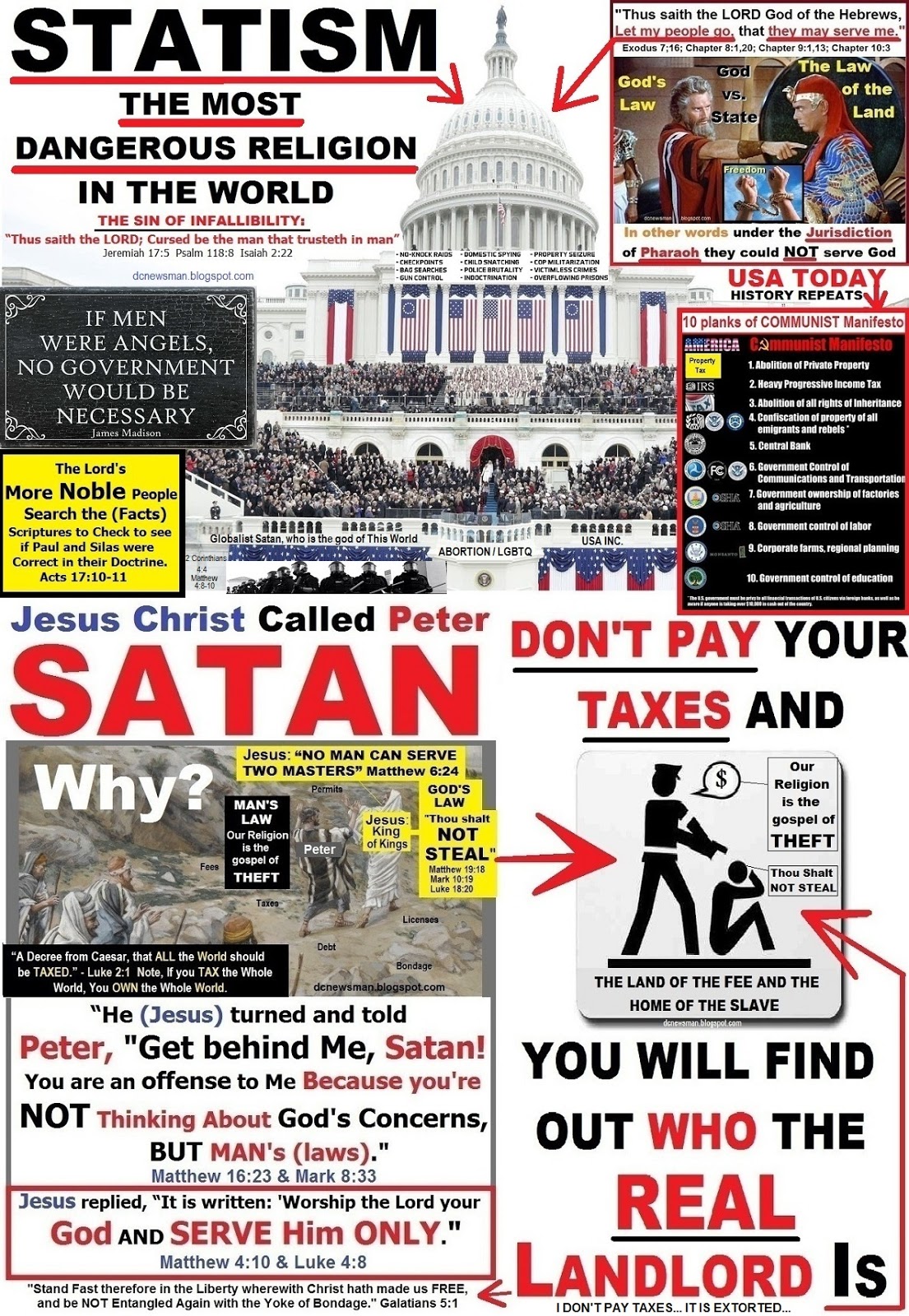 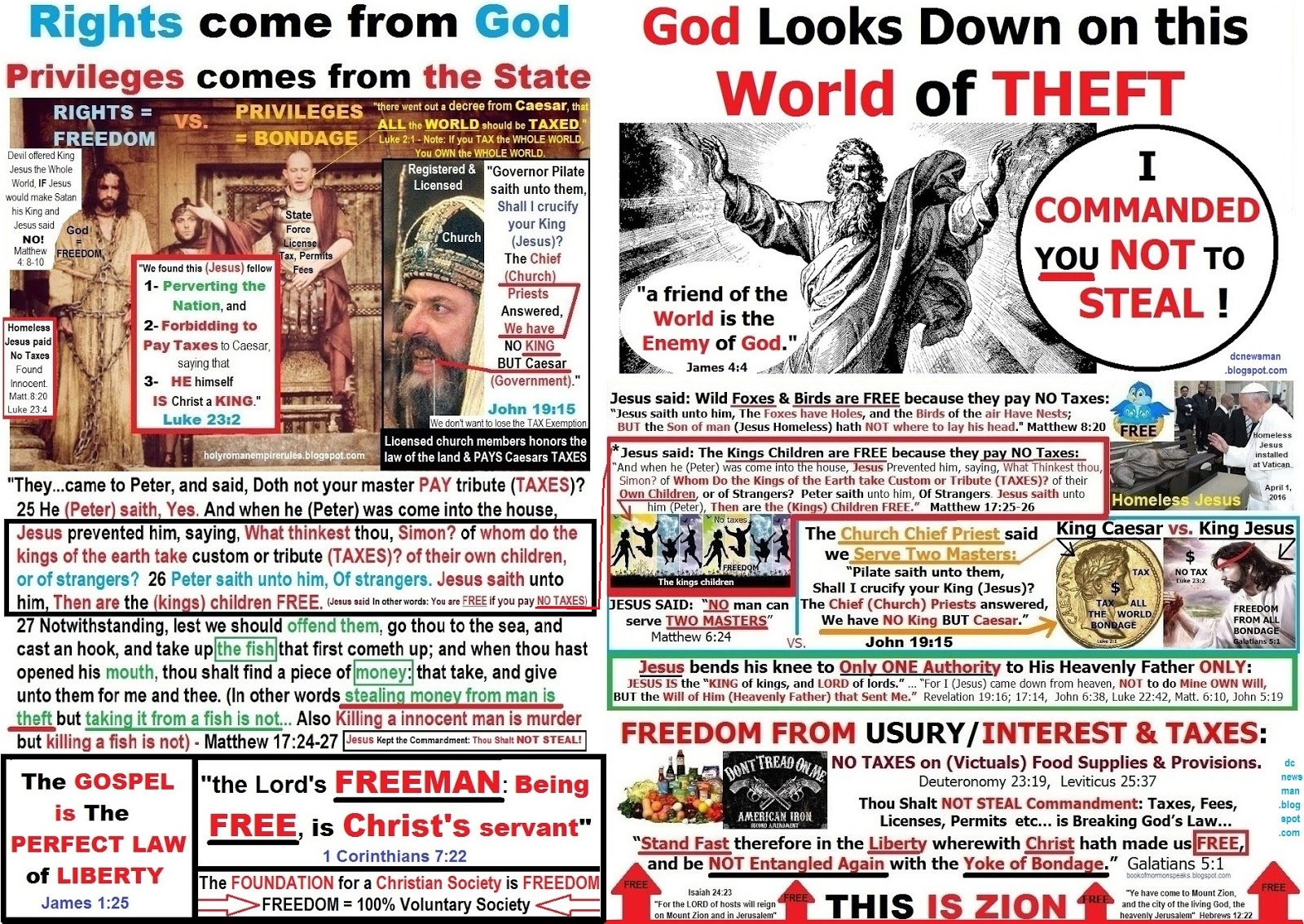 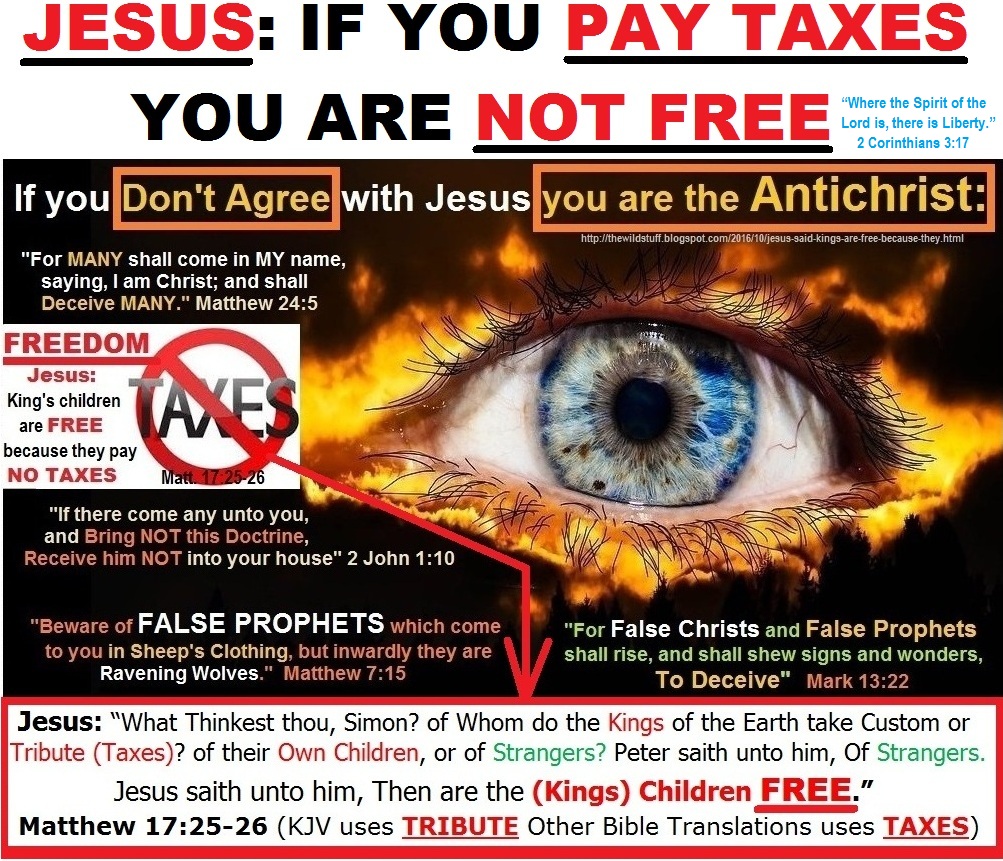 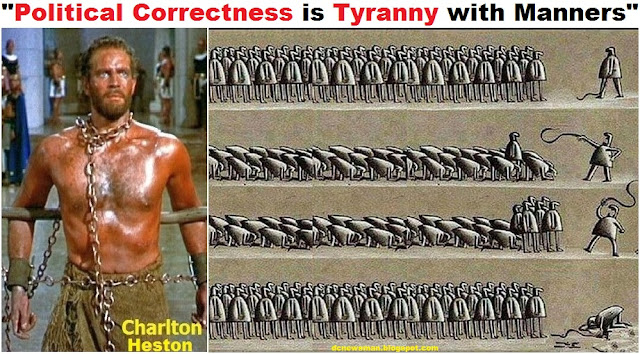 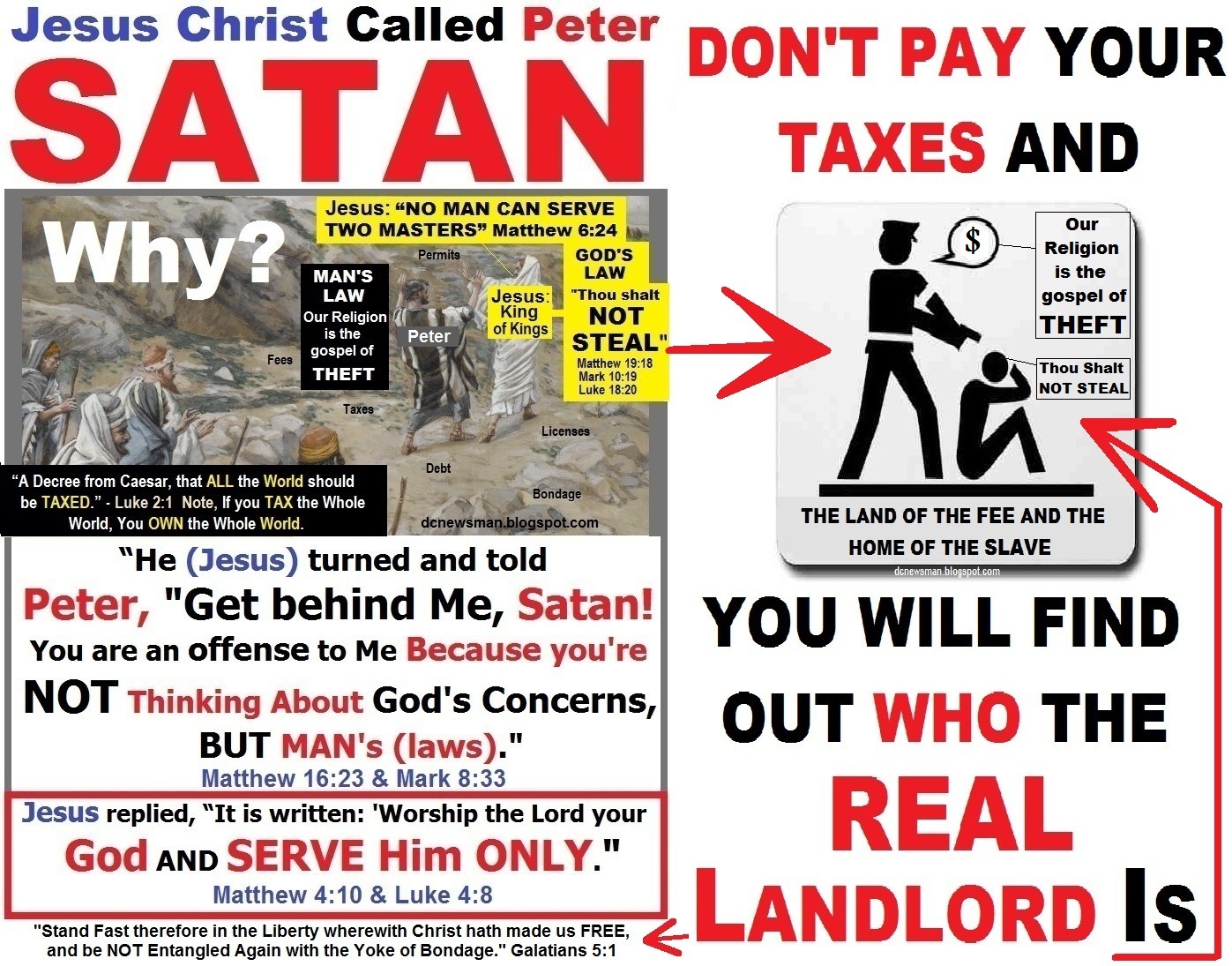 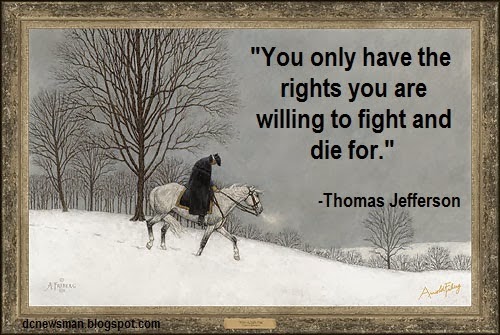 "Resistance to tyrants is obedience to God."-- Thomas Jefferson 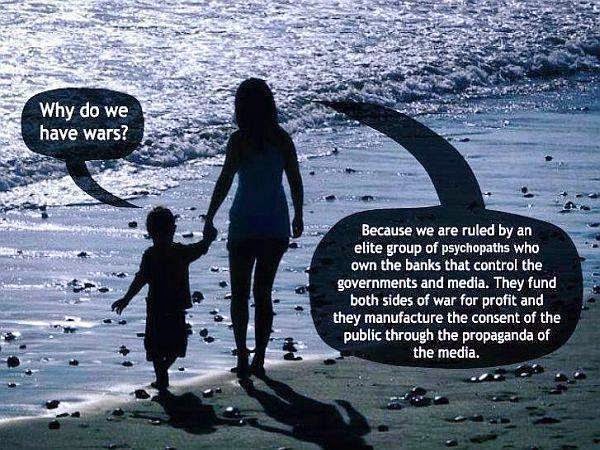 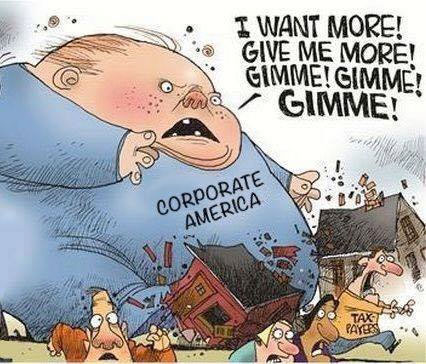 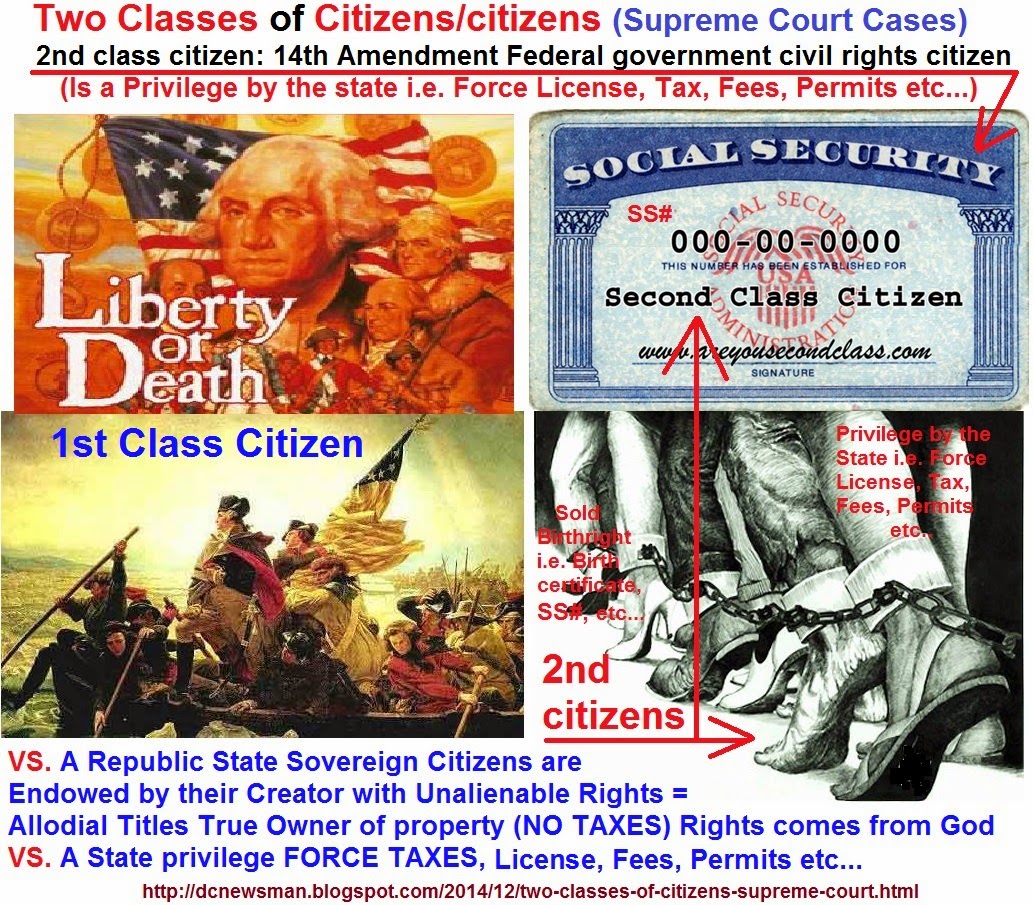 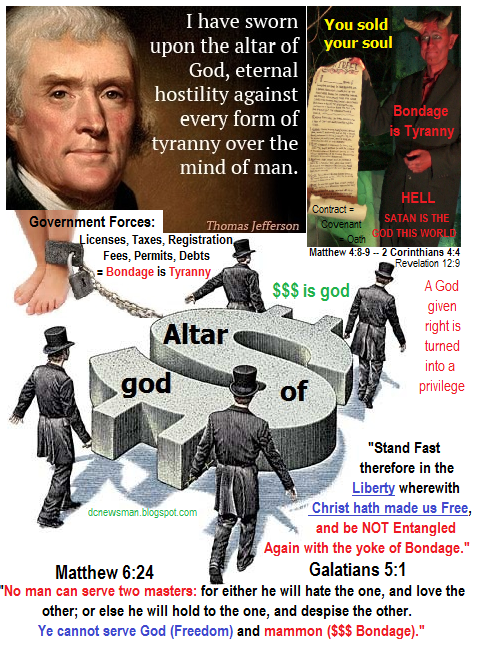 TIMELINE: How The Republic Died ... Benjamin Franklin: You have a Republic if you can keep it.