Have a history teacher explain this----- if they can. Both were  particularly concerned with civil  rights.
Both wives lost their children while  living in the White  House.

Now it gets really weird.

Andrew  Johnson, who succeeded Lincoln, was born in  1808.

Lyndon Johnson, who succeeded Kennedy, was born in 1908. 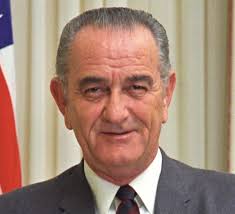 Both  assassins were known by their three  names.
Both names are composed of fifteen  letters.

Now hang on to your seat.

Lincoln was shot at the theater  named 'Ford'.
Kennedy was shot in a car called ' Lincoln ' made by  'Ford'.

Booth and Oswald were assassinated before their trials.


NOW FIGURE THIS OUT- INCREDIBLE

2)  Fold again, taking care to fold it exactly as below

3)  Fold the other end, exactly as  before

What  a coincidence! A simple geometric fold creates a catastrophic premonition printed on all $20 .00 bills!

Firstly  The  Pentagon on  fire...

Then  The  Twin Towers.

Posted by holy roman empire rules today at 7:12 AM