Startling: The Message Of The Georgia Guidestones,
The Missing Stone Now In Place “2014″ 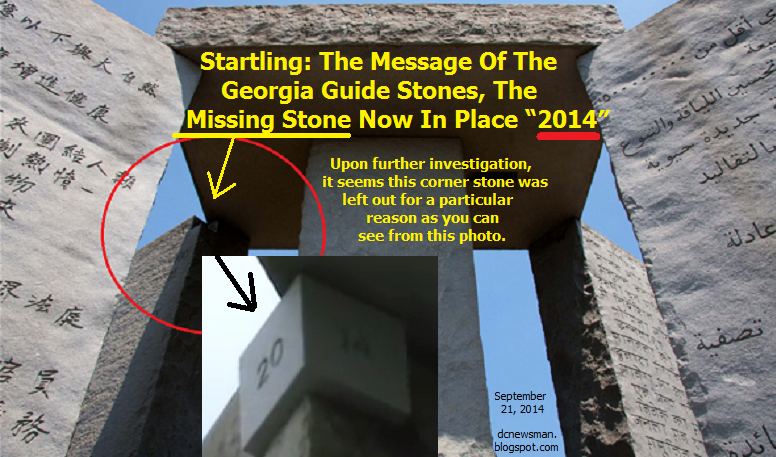 How was this corner stone put in place without anyone noticing? 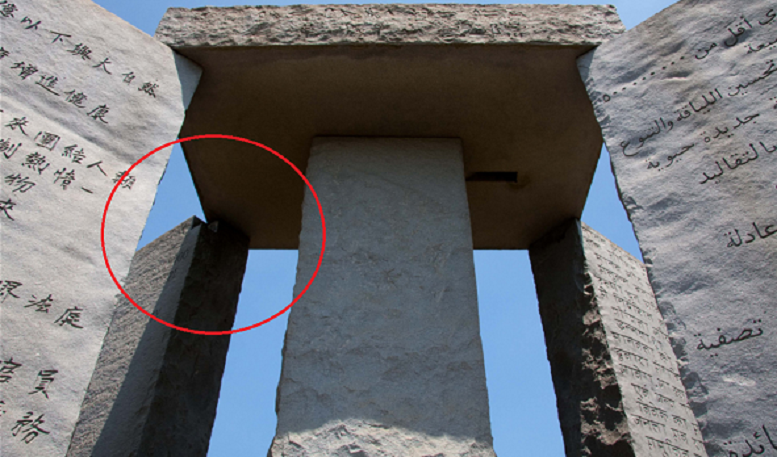 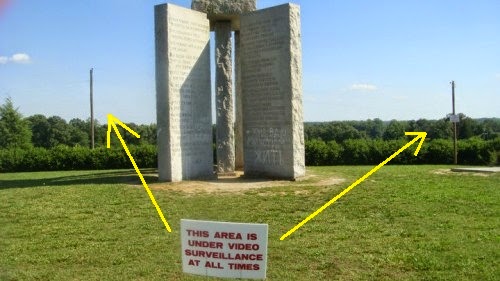 You need to ask yourself;
How would someone chisel out a hole and then put the "2014 block" there when the stones are watched 24/7 by CCTV cameras!.﻿ 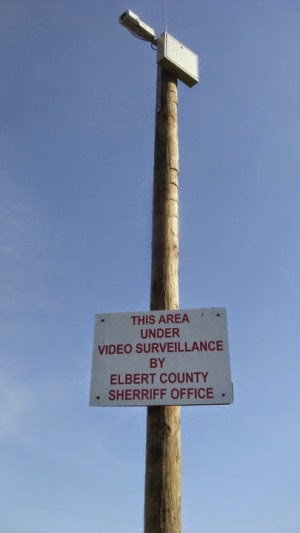 Upon further investigation, it seems this corner stone was left out for a particular reason as you can see from this photo. 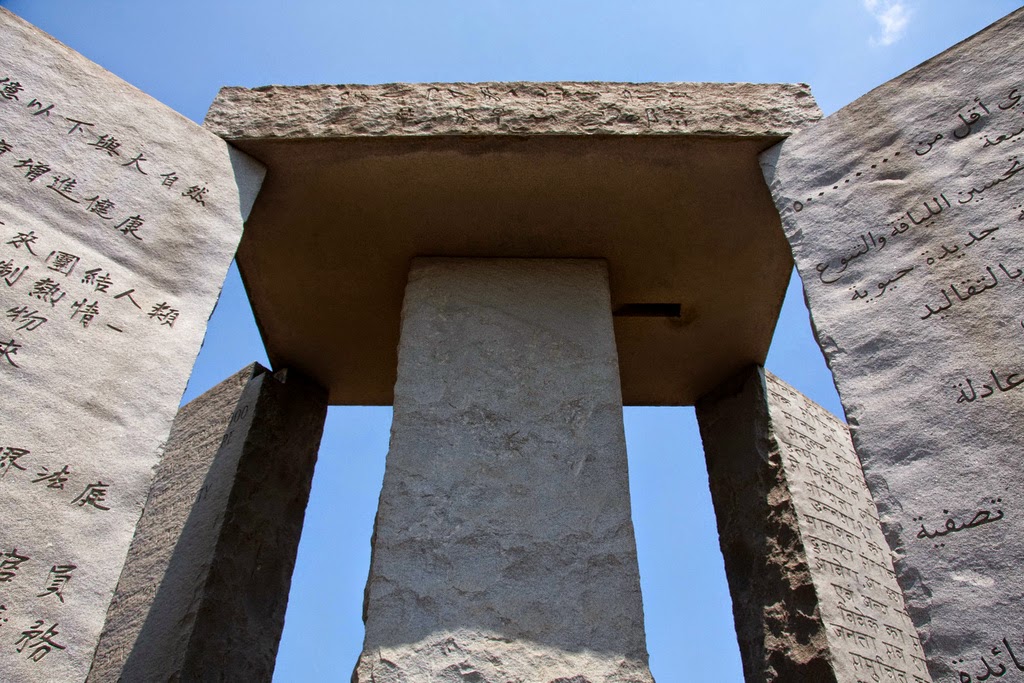 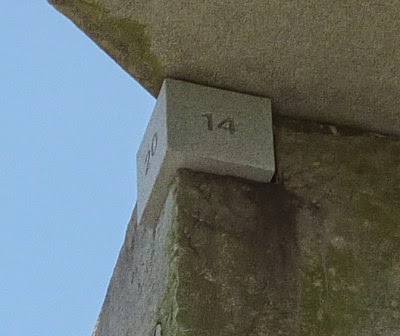 The Message Of The Georgia Guide Stones: 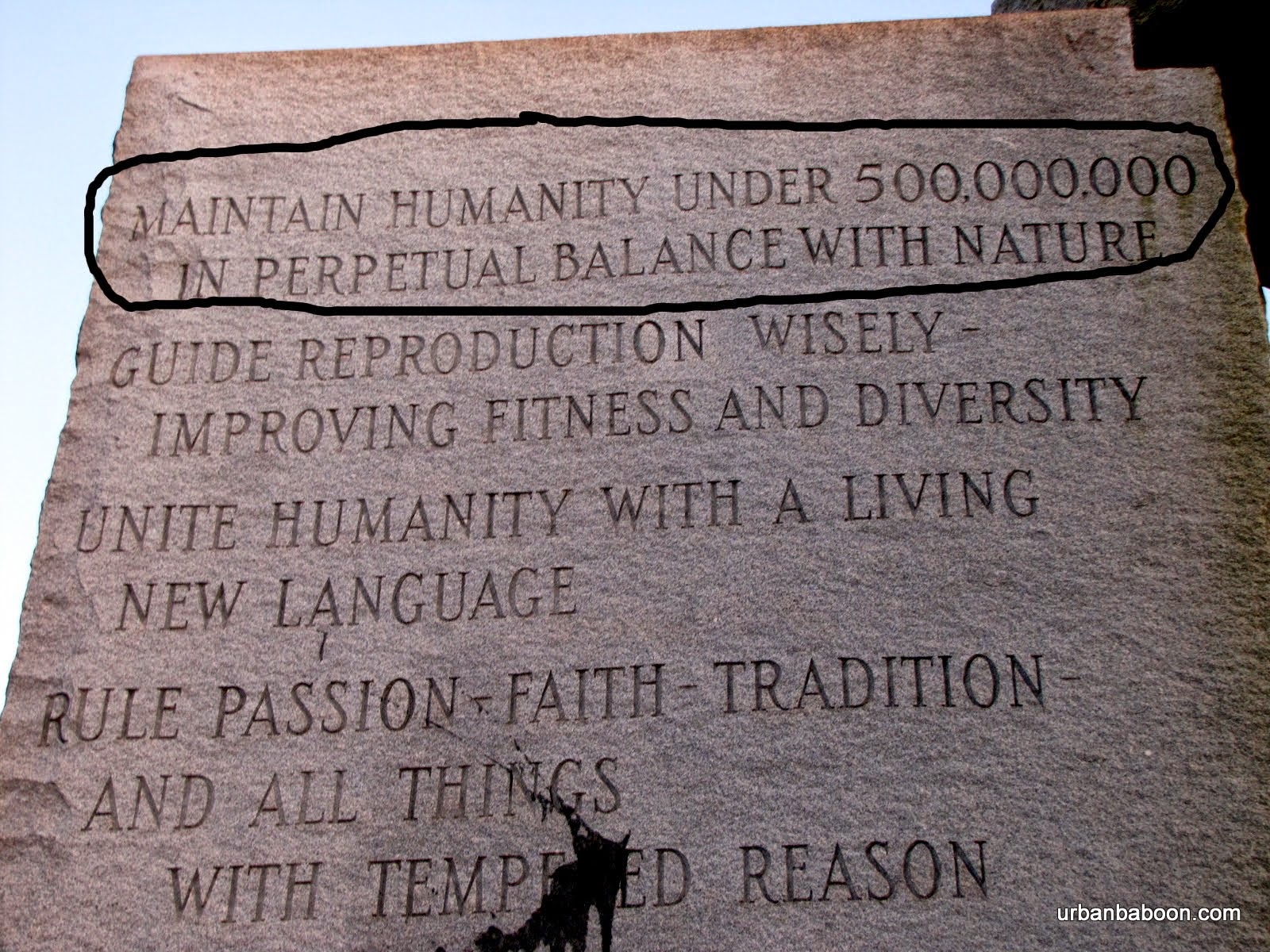 4. Rule passion – faith – tradition – and all things with tempered reason.

5. Protect people and nations with fair laws and just courts.

Limiting the population of the earth to 500 million will require the extermination of nine-tenths of the world’s people. The American Stonehenge’s reference to establishing a world court foreshadows the current move to create an International Criminal Court and a world government. The Guidestones’ emphasis on preserving nature anticipates the environmental movement of the 1990s, and the reference to “seeking harmony with the infinite” reflects the current effort to replace Judeo-Christian beliefs with a new spirituality.

The message of the American Stonehenge also foreshadowed the current drive for Sustainable Development. Any time you hear the phrase “Sustainable Development” used, you should substitute the term “socialism” to be able to understand what is intended. Later in this syllabus you will read the full text of the Earth Charter which was compiled under the direction of Mikhail Gorbachev and Maurice Strong. In that document you will find an emphasis on the same basic issues: control of reproduction, world governance, the importance of nature and the environment, and a new spirituality. The similarity between the ideas engraved on the Georgia Guidestones and those espoused in the Earth Charter reflect the common origins of both.

Yoko Ono, the widow of John Lennon, was recently quoted as referring to the American Stonehenge, saying:

“I want people to know about the stones … We’re headed toward a world where we might blow ourselves up and maybe the globe will not exist … it’s a nice time to reaffirm ourselves, knowing all the beautiful things that are in this country and the Georgia Stones symbolize that.”


What is the true significance of the American Stonehenge, and why is its covert message important? Because it confirms the fact that there was a covert group intent on,,,

Certainly the group that commissioned the Georgia Guidestones is one of many similar groups working together toward a New World Order, a new world economic system, and a new world spirituality. Behind those groups, however, are dark spiritual forces. Without understanding the nature of those dark forces it is impossible to understand the unfolding of world events.

The fact that most Americans have never heard of the Georgia Guidestones or their message to humanity reflects the degree of control that exists today over what the American people think. We ignore that message at our peril.

The block was recently removed and destroyed.
We see that the other faces of the block were also inscribed. 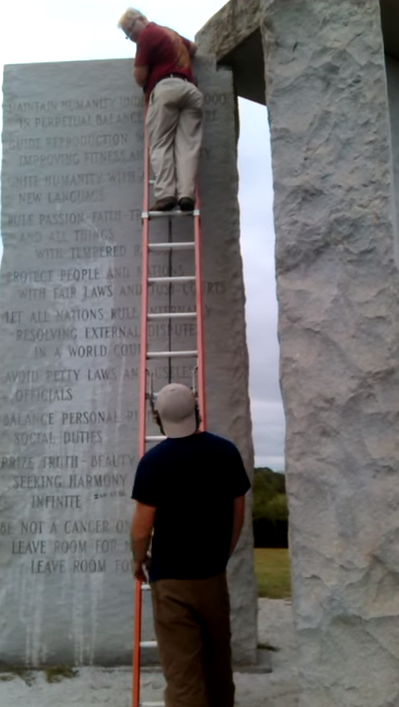 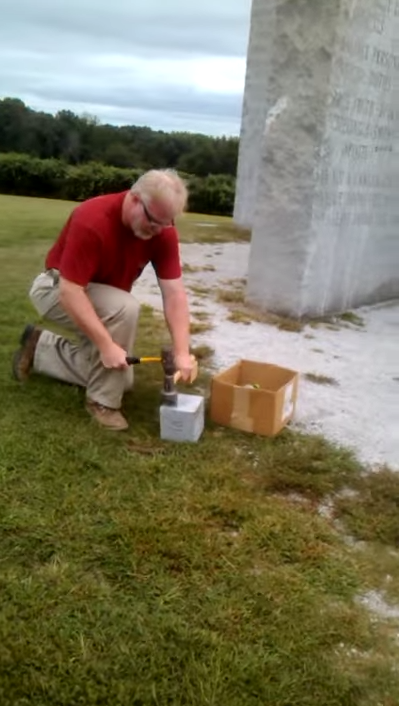 As you can see, the faces are inscribed with 20, 14, 16, 8, MM and JAM. While some claimed that the insertion of this block was an act of vandalism, we can clearly see that it was destroyed. Evidence is usually not destroyed on the spot (and given to bystanders). This block was therefore most likely added by the makers of the monument. 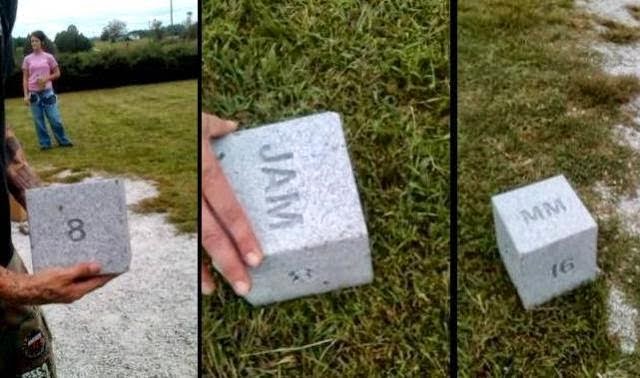