Atheism is a Religion, a tax-exempt 501(c)3 religious organization holding the same tax rights as a church...

USA TODAY - August 20, 2013 ...Government lawyers say that atheist leaders can be ministers, too, since atheism can function as a religion. So leaders of an atheist organization may qualify for the exemption...In a brief, the Justice Department argued leaders of an atheist group may qualify for an exemption. Buddhism or Taosim don't include a belief in God and are considered religions, the government's lawyers argued, so why not atheism?  http://www.usatoday.com/story/news/nation/2013/08/20/atheist-religion-tax-breaks/2678367/


Religion in school
could be hot topic in Utah Legislature
Religion in school » Senator says he wants believers’ rights protected; atheists, ACLU argue the proposal is divisive. ..Dan Ellis, president of Atheists of Utah. "It would allow for prayers to be said during morning announcements, at school-sponsored events, at football games and other sporting events."
He worries about it turning into government-sponsored religion.
http://www.sltrib.com/sltrib/politics/56973279-90/atheists-bill-constitution-freedom.html.csp 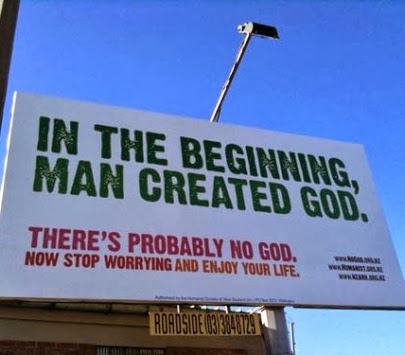 Atheism is a religion
Examiner.com
The American Humanist Association is a tax-exempt 501(c)3 religious organization (Noebel), holding the same tax rights as a church…
Dr. Michael Ruse, an atheist, wrote:
Evolution is promoted by its practitioners as more than mere science. Evolution is promulgated as an ideology, a secular religion—a full-fledged alternative to Christianity, with meaning and morality. . .
Evolution is a religion. This was true of evolution in the beginning, and it is true of evolution still today…
Religion, whatever it is, is a man's total reaction upon life…
http://www.examiner.com/article/why-atheism-is-a-religion

The degree to which one can be considered an atheist while simultaneously being an adherent of a sect of a traditionally monotheistic, polytheistic, or non-theistic religion is the subject of ongoing theological debate. Some people with what would be considered religious or spiritual beliefs call themselves atheists; others argue that this is a contradiction in terms.

Atheism is a religion, too

Atheists are, in fact, some of the most religious people.
First, they have a functioning God under whom they are subservient (normally it’s science or rationality, but mainly themselves), and that idea of God informs the way they live and interpret their lives. It informs their biases and determines their values, and governs any sense of morality or ethics they adhere too, or ignore.
Once that’s all settled all that’s left is the preaching.
And they preach all the time.
http://www.foxnews.com/opinion/2013/03/17/sorry-but-atheism-is-religion/

25. Break down cultural standards of morality by promoting pornography and obscenity in books, magazines, motion pictures, radio, and TV.
26. Present homosexuality, degeneracy and promiscuity as "normal, natural, healthy."
27. Infiltrate the churches and replace revealed religion with "social" religion. Discredit the Bible and emphasize the need for intellectual maturity, which does not need a "religious crutch."
28. Eliminate prayer or any phase of religious expression in the schools on the ground that it violates the principle of "separation of church and state."
http://dcnewsman.blogspot.com/2013/06/the-communist-takeover-of-america-45.html
Posted by holy roman empire rules today at 9:31 AM