“I, Pet Goat II” is a computer animated video that is loaded with silent messages and esoteric symbolism. While the movie has no dialogue, each symbol tells a piece of a story that covers the fields of history, politics, occult conspiracies and spirituality. We’ll look at the esoteric meaning behind the viral sensation “I, Pet Goat II”.

Produced by the Canadian production crew Heliofant, I, Pet Goat II is a short animated movie that quickly went viral across the internet. Praised for its visual feats and its interesting imagery, the video however left many puzzled about the meaning of its symbolism. Politics, conspiracies and false flag operations are mixed with esoteric spirituality and occult symbolism in one big mesmerizing mind bender. Here’s the video.


The story is somewhat non-linear and there are many cryptic and enigmatic elements in the movie. I won’t claim to fully decode every single symbol-filled frame of the video, but many of the messages are easily understandable due to rather heavy-handed symbolism.

In general, the movie appears to be about the political and social climate of the past decade – complete with puppet Presidents, false flag terror and mind-controlling sorcerers. Then, through the following of a Christ figure, we leave all the sadness behind to enter a new, sunny era. In short, the story is about the triumph of spiritual enlightenment against the forces of darkness. Let’s look at the movie and at some of its many details.

The opening scene is already replete with symbolism.
The video begins with an interesting scene: A goat inside a box in what appears to be some sort of detention (FEMA) camp. The goat has a bar-code on its head with the numbers 6 6 6 underneath it. If I, Pet Goat is about liberation from the forces of darkness, this first scene seems to depict the exact opposite. Does this goat represent those who have been “boxed in”, bar-coded and brainwashed by the corrupt system? The usage of the pronoun “I” in the title implies that the goat might be, in fact, the viewer himself.


The Puppet Show that is Politics

In the first part of the video, a hidden puppet master controls George “Dubya” Bush inside a classroom. When the planes struck the Word Trade Center in September 2001, Bush was inside a classroom reading the book My Pet Goat to children. The Masonic checkerboard floor of the classroom might signify that this whole charade had a ritualistic component to it.

Above Bush is an interesting graphic depicting the evolution of mankind from fish, to monkey, to man holding a weapon. What is the final stage of evolution? The illuminated man, represented by a sunburst around its head.
Bush wears a dunce cap, this conical hat that was given to “slower” students to humiliate them. When Bush is done making a fool out of himself, he turns into Obama, a charming and distinguished man wearing a graduation cap. He starts off nice and lovable, but he ultimately begins to laugh at the audience. While he appeared to be the perfect response to the idiocy of Bush’s era, the fact remains: He is simply another puppet controlled by the same puppet master.
While most of the audience is totally oblivious to what is happening, one girl is not buying it.

While the masses appear to be deaf, dumb and blind (and restrained by barb wire), this little girl realizes that “this apple is not hers and drops it”. Obama is concerned by the awakening of this girl.
We are then taken to the cold and snowy outside world around the school. On a wall, there’s a graffiti with an important message behind it.

On the school wall is a graffiti saying “Psalm 23″.
The Biblical verse that is referred to by the graffiti appears to foretell the journey viewers are about to embark on.


The Lord is my shepherd, I lack nothing. He makes me lie down in green pastures, he leads me beside quiet waters, he refreshes my soul. He guides me along the right paths for his name’s sake. Even though I walk through the valley of the shadow of death I will fear no evil, for you are with me; your rod and your staff, they comfort me. You prepare a table before me in the presence of my enemies. You anoint my head with oil; my cup overflows. Surely your goodness and love will follow me all the days of my life, and I will dwell in the house of the Lord forever.
- Psalm 23, NIV

A World in Decay

The outside world is dark, cold and literally in decay. It is sad, corrupt and everything is shaking and crumbling down.
At one point, two towers – reminiscent of the WTC – fall down. We then learn that it was an inside job.

Bin Laden is wearing a CIA badge, hinting to the fact that he was a tool used by the American government to advance its agenda. The moon crescent, a symbol associated with Islam, is reversed, which is may be a way of saying that all this Al-Qaeda stuff is a perversion and an exploitation of Islam.
While oil leaks from everywhere, a six pointed star appears under the Statue of Liberty, renamed by the makers of the movie “Lady of Helotry” (“helotry” means serfdom or slavery).

Is the six-pointed star (also know as the Star of David) appearing under the Lady of Helotry a way of saying that the US is highly influenced by Israel?
While the world is crumbling down, many ancient institutions disappear or get destroyed.

This Mosque is destroyed by fighter jets.

This Latino worker is sinking, along with his hammer and sickle – representing the disappearance of Marxism in third world countries. On Heliofant’s official site it is said: “After years of economic exploitation and the environmental degradation, Juan “Pepito” has a decidedly sinking feeling.”
Controlling the Masses
The world is under the spell of an evil sorcerer named Drako. According to the makers of the movie, Drako is:


“The Sorcerer, the unseen hand and spirit of madness seeking ever more control through trickery, lies, poisons, false-flag events, wars, and mountains of bureaucratic and legal framework to siphon off the energy of the inhabitants of the earth. He fears the light of day as he fears life itself, and operates in the shadows. His greatest power is his hold on the issuance of the currency.”

Does this sound like what we call the Illuminati? Yes, yes it does.
The same way the Illuminati seeks to brainwash children since birth, Drako preys on this unborn child named Ludovic.

In esoteric tradition, the symbol of the serpent-entwined egg is known as the Orphic Egg. In short, it represents the latent seed of life and the infinite potential of creation. In other words, while this child appears to be hopeless, he still has the power to reach his full potential.
When the egg is hatched and the child is born, Drako literally takes control of his mind in a creepy, parasitic way.

Drako has the pyramid and all-seeing eye found on the US dollar bill on his chin. Not only does it represent the fact that he controls currency, it also represents the Illuminati. Underneath Drako’s eyes is the saying “Ordo Ab Chao” – meaning Order Out of Chaos, the occult elite’s favorite slogan. Also, the dude has only one eye open. Could he, like, more represent the Illuminati?
The Liberator
Amid all this chaos, a figure emerges with the power to make everything right.

Navigating on an Egyptian ceremonial boat, Jesus Christ appears to be in trance.
The Christ-like figure has a third eye painted right on the pineal gland, which refers to the concept of spiritual illumination. The triangle above the eye represents divinity and that illumination leads to the contact with one’s own divine nature. The symbols on the Christ’s forehead are in complete opposition to pyramid on Drako’s chin. While both figures bear similar symbols on their faces, Christ has them “right” and Drako has them in reverse/inverted, meaning that he (and the Illuminati) have corrupted these ancient symbols.
Named by the makers of the video “The Fire of Truth”, the Christ figure is not meant to be Jesus Christ himself, but a representation of the concept of Inner Christ as defined by Gnosticism. According to this esoteric current of Christianity, the Inner Christ is the potential found in everyone to reach godhood through spiritual illumination. On Heliofant’s website, The Fire of Truth is described as:


“That’s YOU!!! when you stand in the awareness of your sonship with the Divine and the brotherhood of mankind!!! “

When the Christ figure breathes the Fire of Truth on the world, some oppressed or distressed characters come back to life, like Ludovic, the child inside the egg. Also, Aali, a little Muslim boy that appeared battered and dead rises back to life.

Little Aali rises up from the crumbles of the destroyed Mosque, twirling in traditional Dervish attire.
The boy is executing the ancient art of Sufi whirling, which is practiced by the Sufi Dervishes of the Mevlevi order. The Dervishes are an ancient esoteric current of Islam.

“The mysteries of the Islamic faith are now in the keeping of the dervishes – men who, renouncing worldliness, have withstood the test of a thousand and one days of temptation. Jelal-ud-din, the great Persian Sufic poet and philosopher, is accredited with having founded the Order of Mevlevi, or the “dancing dervishes,” whose movements exoterically signify the motions of the celestial bodies and esoterically result in the establishment of a rhythm which stimulates the centers of spiritual consciousness within the dancer’s body.”
- Manly P. Hall, The Secret Teachings of All Ages

Whirling Dervishes
The rebirth of the Muslim boy as a Whirling Dervish signals that there is a link between him and the Inner Christ: Both represent initiation into esoteric schools, which all have a common goal – the contact with divinity through spiritual illumination. Other religions with esoteric undercurrents such as Hinduism (represented by a dancing Shiva), are also represented in the movie. Is the Christ figure maybe the Anti-Christ deceiving all religions into following him? Perhaps.
When the Christ figure exits the Cathedral, the building (which was guarded by an evil-looking gargoyle) crumbles behind him.

In this new era of spiritual enlightenment, elaborate man-made buildings become unnecessary and outdated. They therefore crumble and disappear.
As night turns into day, the Christ figure opens his fiery eyes and navigates towards the sunlight. Lotus flowers, symbols of spiritual enlightenment in Eastern philosophy, appear behind him, confirming to the viewers that the path to freedom is indeed a spiritual one.


The History of the Rapture
http://kingantichrist.blogspot.com/2011/05/history-of-rapture.html

"And he (Jesus) shall set the (Righteous) sheep on his right hand, and the (Wicked) goats on the left. --  Matthew 25 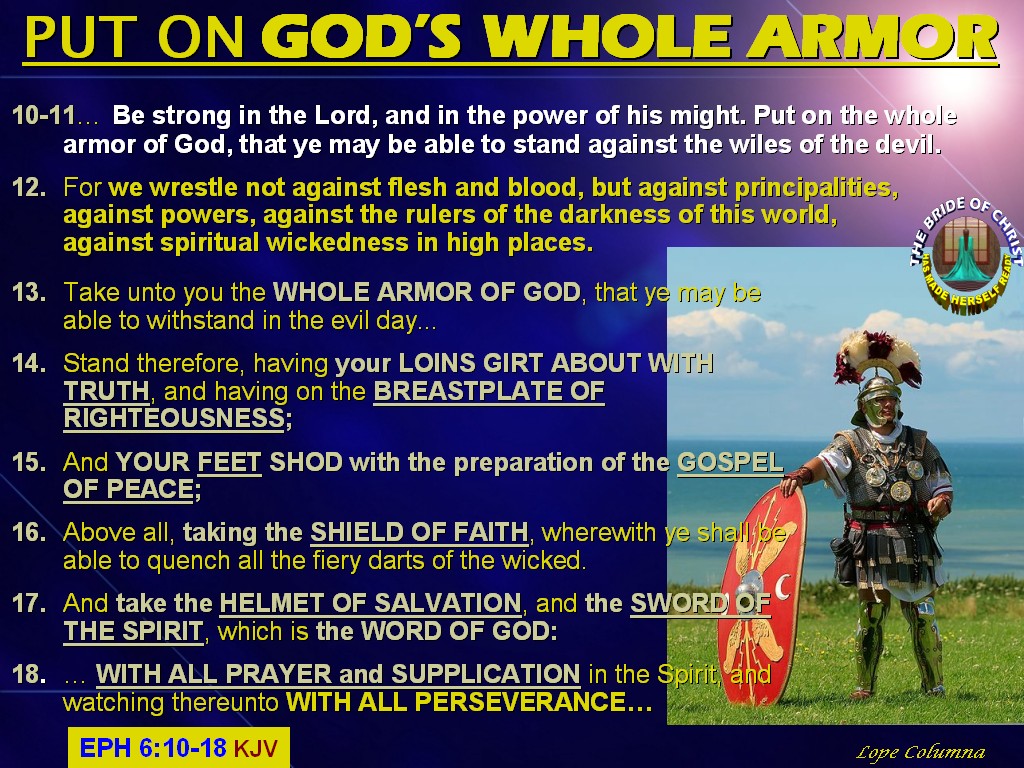