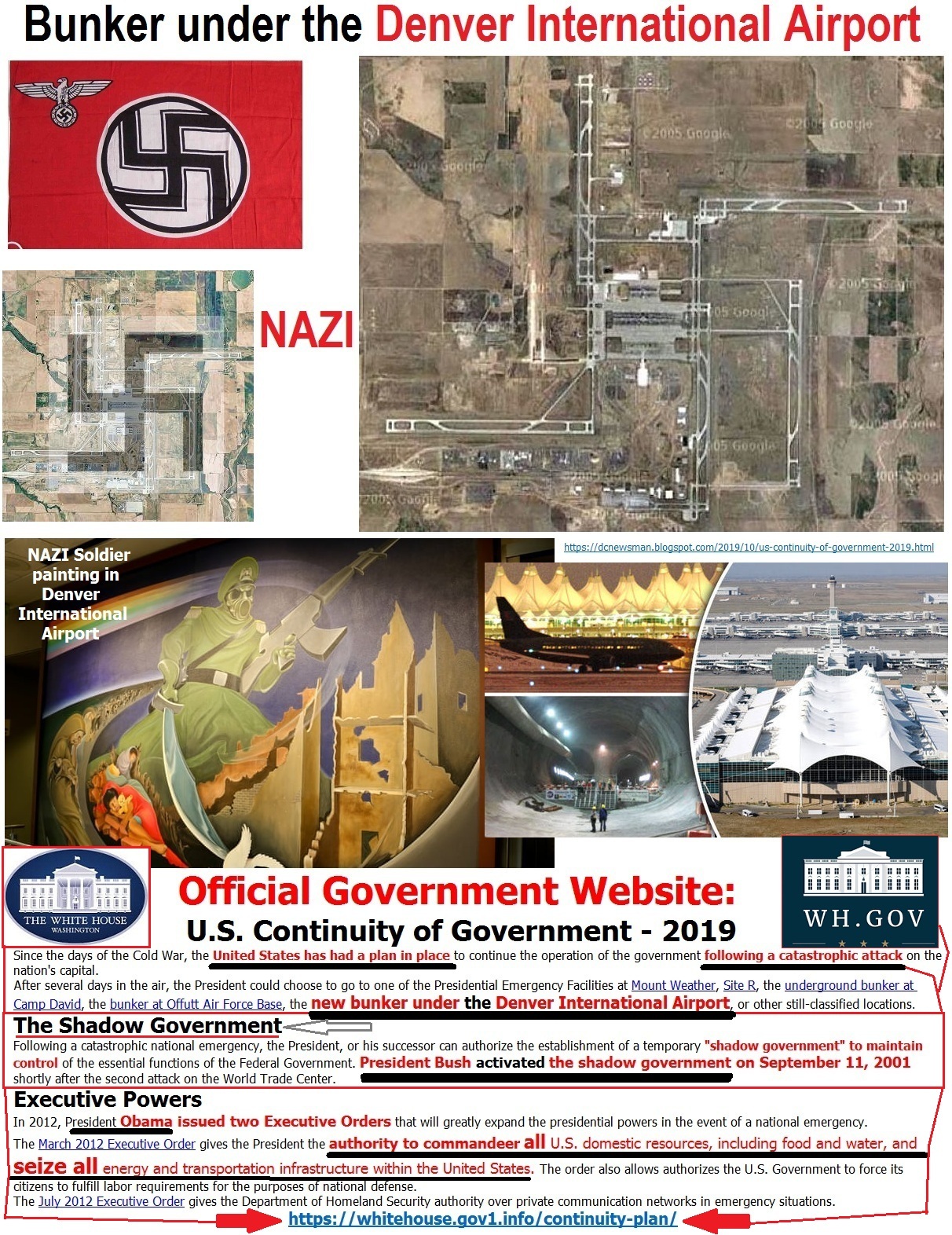 Official Government Website:
U.S. Continuity of Government - 2019
Since the days of the Cold War, the United States has had a plan in place to continue the operation of the government following a catastrophic attack on the nation's capital.
After several days in the air, the President could choose to go to one of the Presidential Emergency Facilities at Mount Weather, Site R, the underground bunker at Camp David, the bunker at Offutt Air Force Base, the new bunker under the Denver International Airport, or other still-classified locations…

The Shadow Government
Following a catastrophic national emergency, the President, or his successor can authorize the establishment of a temporary "shadow government" to maintain control of the essential functions of the Federal Government. President Bush activated the shadow government on September 11, 2001 shortly after the second attack on the World Trade Center.

Executive Powers
In 2012, President Obama issued two Executive Orders that will greatly expand the presidential powers in the event of a national emergency.
The March 2012 Executive Order gives the President the authority to commandeer all U.S. domestic resources, including food and water, and seize all energy and transportation infrastructure within the United States. The order also allows authorizes the U.S. Government to force its citizens to fulfill labor requirements for the purposes of national defense.
The July 2012 Executive Order gives the Department of Homeland Security authority over private communication networks in emergency situations.
https://whitehouse.gov1.info/continuity-plan/